Of the 34 North Carolina A&T State University School of Nursing students who took the exam between Jan. 1 and Sept. 30, 33 passed on their first attempt, which resulted in the school’s 97.06 percent pass rate, according to the National Council of State Boards of Nursing.

The national rate for U.S.-educated students on their first attempt in the same period stands at 89.11 percent. The NCLEX has been the exam used for licensing nurses in the United States since 1982.

All 34 of N.C. A&T’s students ultimately passed the exam, said Dr. Terry Ward, director and associate professor of the School of Nursing and associate dean for the College of Health and Human Sciences.

“This year’s 97 percent NCLEX-RN pass rate demonstrates a rebound in confidence we were called to achieve,” Ward said. “It is evidence that our program improvements have really worked.”

North Carolina Administrative Code requires that a nursing program “shall maintain a three-year average at or above 95 percent of the national pass rate for licensure level pass rate on first writing of the licensure examination for calendar years ending Dec. 31” under rules readopted Jan. 1, 2019.

N.C. A&T’s School of Nursing will have its traditional pinning ceremony to welcome fall graduates into the nursing profession at 6 p.m. Friday, Dec. 13. The event will feature Dr. Wallena Gould, founder and CEO of the Diversity in Nurse Anesthesia Mentorship Program and the first certified registered nurse anesthetist of color to be inducted as a Fellow of the American Academy of Nursing.

The school, which celebrated its 65th anniversary this year, was first accredited by the National League of Nursing in 1971 and has maintained continuous accreditation ever since.

In September, Nursing School Hub ranked N.C. A&T’s School of Nursing No. 5 on its list of the 25 best for 2020 among historically black colleges and universities. It used data drawn from sources like the Integrated Postsecondary Education Data System, College Scorecard, Niche, and U.S. News & World Report, which recognized N.C. A&T as the nation’s No. 1 public HBCU. 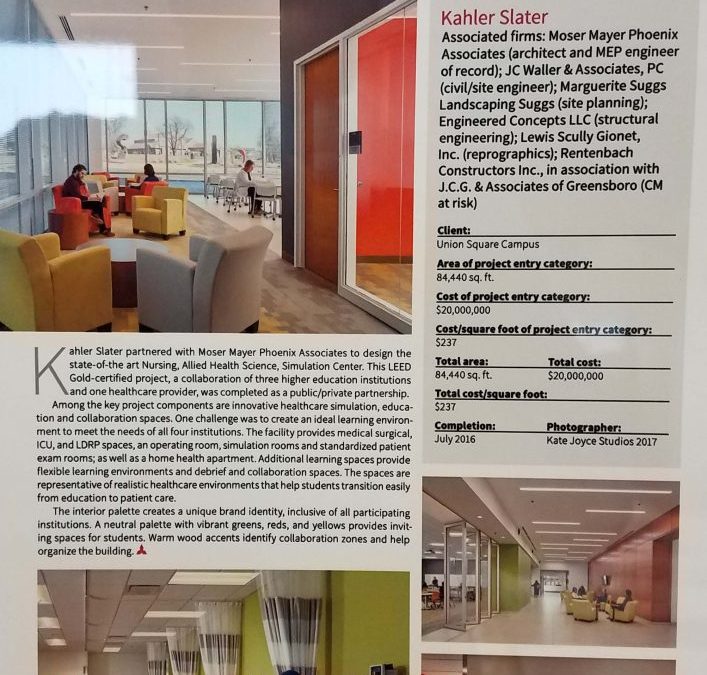 Union Square Campus was selected as the winner in the Healthcare Facilities/Teaching Hospitals category for Nursing Education Building One. 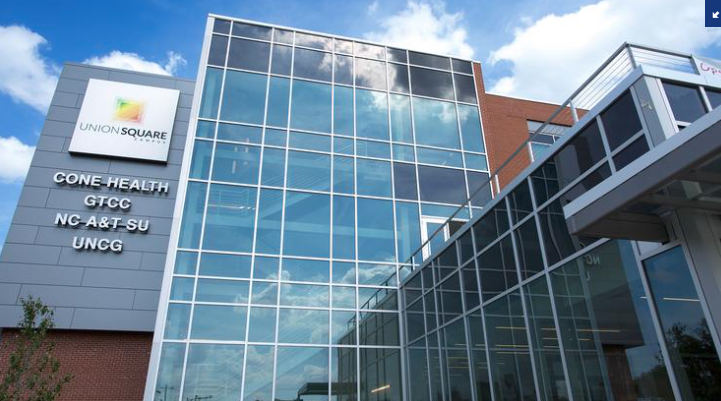 GREENSBORO, NC – May 19, 2017- The Construction Professionals Network (CPN) of North Carolina has announced winners for “outstanding construction projects completed throughout North Carolina that were selected from a number of entries.”

The 2017 Star Award project Between $10 Million and $25 Million was awarded to Union Square Campus in Greensboro, NC.

CPN members participating in this winning project include: 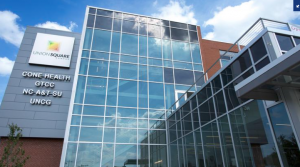 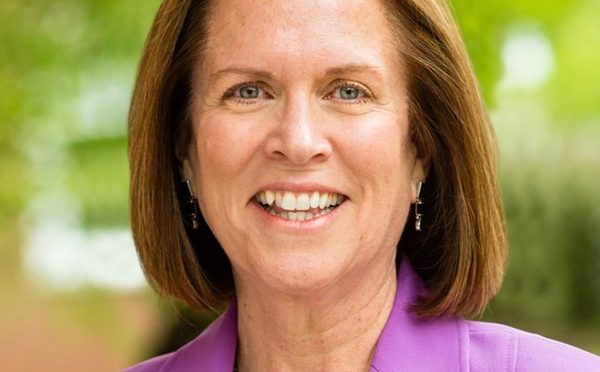 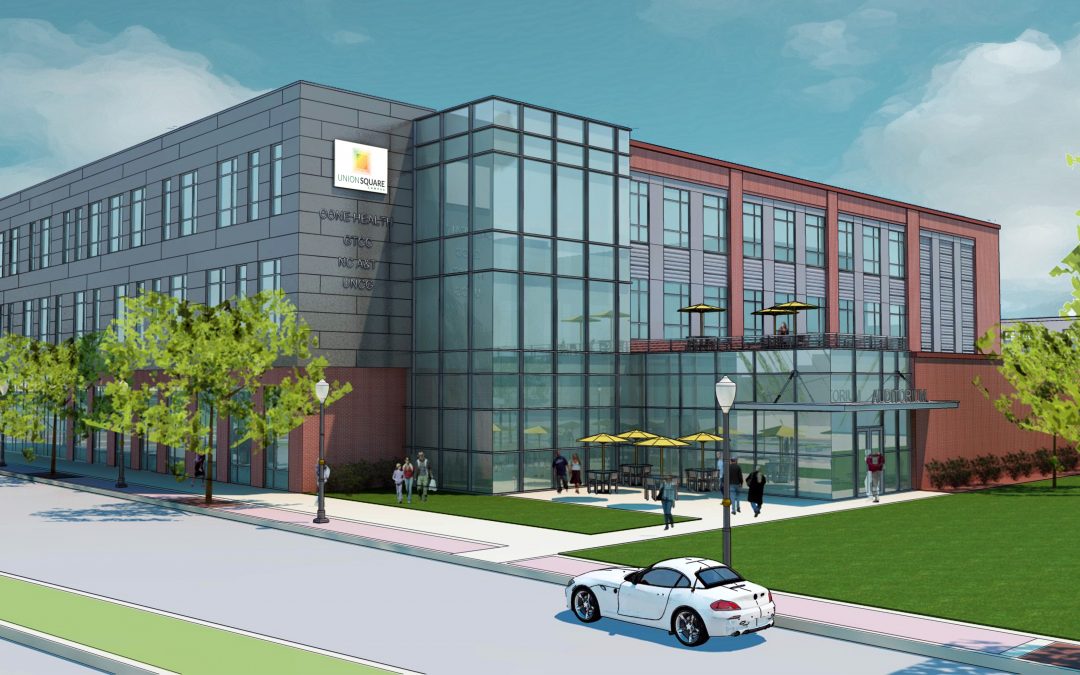 More than 400 community members attended the Union Square Campus ribbon cutting on August 5, 2016.  After the brief program, guests gathered on thee sidewalk and Union Square Campus leaders, neighborhood leaders, and nursing student led the countdown.  The ceremony was followed by a reception and tours. 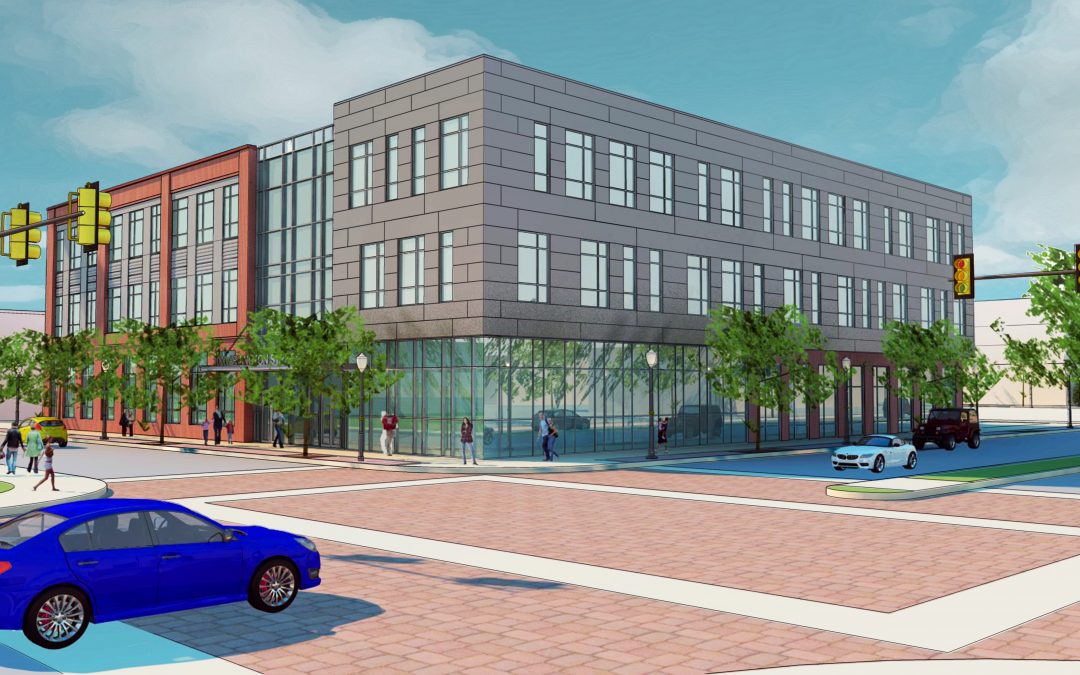 If the referendum passes in March, $90 million dollars would fund North Carolina Agricultural and Technical State University’s construction of a new engineering facility, $105 million dollars would fund The University of North Carolina at Greensboro’s construction of a facility for both undergraduate nursing and other sciences, and $9.5 million would support new construction, repairs, and renovations at Guilford Technical Community College.
It has been 15 years since the last general obligation bond was authorized to upgrade our state’s infrastructure. The USCI Board asserts that these facilities will educate graduates with the skills to meet Guilford County’s job growth where there are not qualified candidates today